We wish You a Merry XMAS!

Prices are falling down! 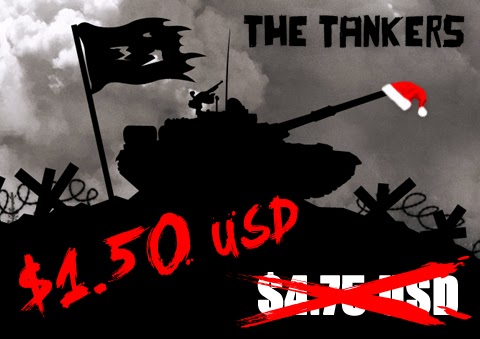 Plus! On the screen shot You can see another GIFT! TheTankers Map Editor which will be added in next TheTankers release! 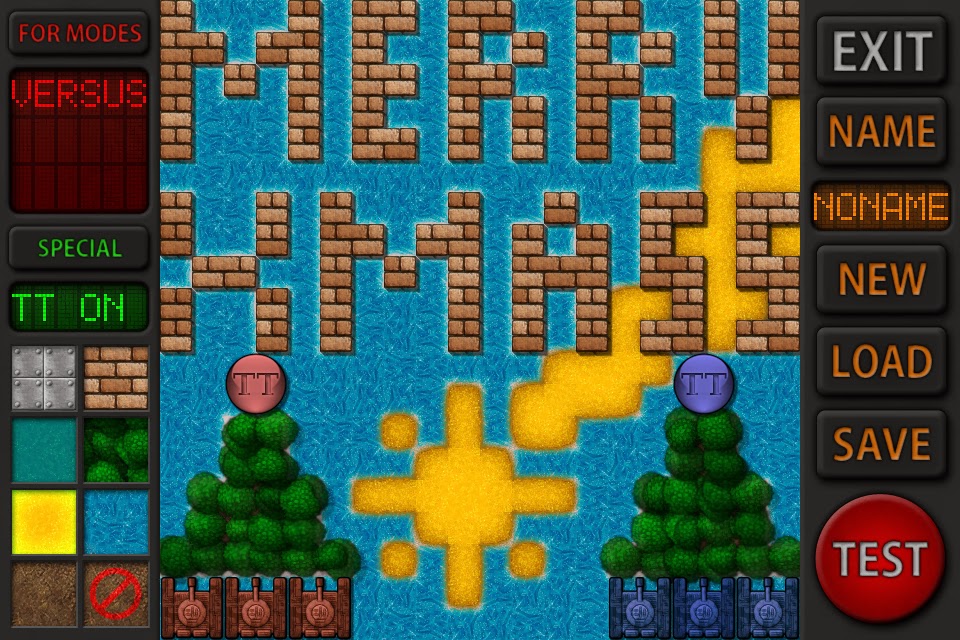 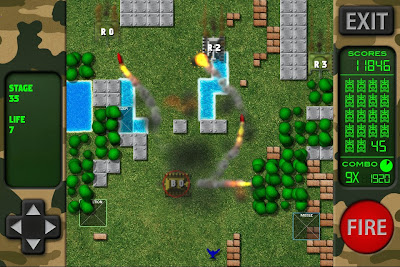 at 3:28 PM No comments:
Email ThisBlogThis!Share to TwitterShare to FacebookShare to Pinterest

about engine, TT and SRU

It's been quite a long time since I've wrote anything here so this news's gonna be quite big. I'll tell you about the engine,  TT release and SRU project.

Currently on the market there is a lot of 3D engines and frameworks with advanced editors and graphic effects, that are highly optimized. We intend to stick to 2D until we take decision to switch to other technologies. It will be developed as necessary as more of a library of useful prototypes and functionalities to maximize the speed of our work.

On Wednesday there was a meeting with our musician who presented to us sound binding and a few suggestions. Soon discussed changes will be made and You'll get a link to watch : )

Of which founding we'll ask on croudfounding service, but for now I cannot tell You more. If I'll know something for sure I'm gonna write about it here.

Any kind of informations including facebook and twitter accounts are gonna disappear. Steve Jobs used to say that You need to cut the project list to the minimum and focus in 200% on those in which You see the biggest potential. According to this we decided to kill SRU. It's widely accepted that the killing of the project negatively affects the image of the group, however, we know that's a good decision. At the moment we have too many responsibilities on existing projects and plans for new ones. A lot of heart and work has gone into this project, but much more experience, skills and lessons have been drawn from it. So, it's time to create archive with game files - maybe someone will open it someday ;)

SKY is the limit!

Here I'm again. Let me tell you how we are doin'.

Saurian: at this moment he's finishing his thesis so he's not able to work for a while.
Me: currently I'm doin' some paid work so I won't be ale to work too (at least for a week).

BUT!
there's a thing I want to share with all of you..
..it isn't finished yet and it's in its early stage,
..and I can say it was my idea to start this quite BIG project ;)


Ladies and Gentlemens, let me present to you..

I want to make a tool as simple as it's only possible to work very, very fast on applications (mainly games) for different platforms, such as PC, Mac, Android and iOS.

It supports two dimensions already, but next bigger feature will be the third dimension :-)

The features SKY engine includes already (some of them are finished in 100% and some of them still need some work and tests):

There's of course a lot more to do, but I'm very optimistic about this. I've already made a BIG list of TO-DOs to know where to go with it. Maybe soon I'll post it here. :)

So, that's all I wanted to tell you. Next news will be about TheTankers I guess. : ))

P.S. There will be an article with questionnaire about us so keep it in mind :-P will send you the link of course : )


at 9:57 AM No comments:
Email ThisBlogThis!Share to TwitterShare to FacebookShare to Pinterest

OG's still alive and has a lot of work


first of all: we're still alive!

The fact is, there were no new informations about us or our projects at all.
But! From the inside of the team - we're workin' on our new, big, secret project every day. All I can say is: it will be aimed at children, and will support third dimension with unusual yet simple graphics concept. Want me to write more? I can't - it's secret. :)
And what's coming with this new and secret project is our engine. It has a lot of features already (mainly 2D, but we're workin' on adding the third dimension) and it's simple as hell - just like it was intended to be. Right now I'm workin' on strings, but you'll get more details on it soon, in the next news.